See how the tools have progressed over time

May 2009 saw the first public release of the BCX Network Management Tools, with shortcut management, printer, package and wallpaper tasks. In 2011 we launched version 2, this added in Users and Computers, Startup Shutdown and User Information and Station Information.

In 2014 we released the new look completely rewritten manager, along with BCX Update allowing us to easily add functionality and improvements to the software as we received feedback. Some key features added were assignment exceptions, remote desktop services support, x64 and x86 package tasks and shortcuts, scheduled tasks, web tools and remote station rebuilding support, as well as a feedback tool from within the manager (to name but a few).

May 2021 we released version 4 of the Tools, based on the .NET Framework 4.7.2. This has involved a complete refresh of all components in the tool’s suite with many speed and UI improvements along the way, while retaining our familiar interface for existing customers. 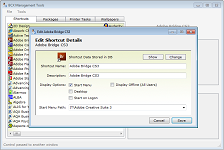 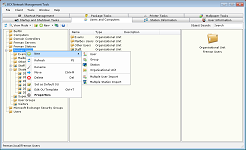 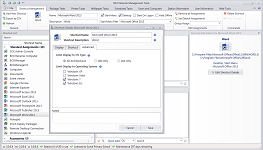 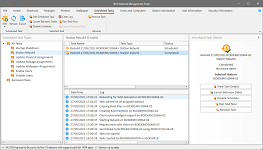 We are committed to continually develop the product based on customer feedback and changing technologies.

See what our customers say about using the tools

Get the answers to commonly asked questions

See how we started, and how the tools have been developed

View more detailed information on each of the tabs

Go back to software overview page